"The Demiurge" is the fifth episode of the third season.

Aeon Flux and the Monican resistance force have captured the Demiurge, a powerful god-like being, and prepare to send it into space to rid the Earth of its influence. The Breens, led by Trevor Goodchild, battle to prevent the launch.

Trevor Goodchild reflects on the challenges of his position as Breen leader. He comments on the illusions of perception and the reality of leadership. He hopes for salvation from the Demiurge, a being that can illuminate the world with beauty and peace.

Trevor's assault force takes a Monican base with heavy casualties on both sides. A few survivors, including Trevor, Aeon Flux, and another Monican named Nader, fight over the rocket in which the Demiurge is held captive. Nader is shot dead before he can complete the launch sequence. The Demiurge shatters the rocket cone open, reanimates Nader and transforms a passing bird. While Trevor is distracted by the Demiurge, Aeon rushes to the control room and activates the rocket. Disappointed, Trevor escapes with Nader in a Breen drilling machine.

Nader's girlfiend Celia approaches Aeon after the battle asking Nader's whereabouts, but Aeon is aloof. While looking for her gun, Aeon notices the bird and traps it inside a case.

Following Nader's last request, Celia goes to his home and takes a box from under his bed to destroy. She smashes it with a brick and hears a miserable moan from it. Inside the box she finds a cat that was transformed by the Demiurge. She runs away weeping.

Aeon spies on Trevor's headquarters and sees Nader there, lying in a water tank with a swollen abdomen. Celia enters Aeon's hideout and tries to steal the case containing the bird, but she is caught in a trap and falls to her death.

Aeon sneaks into Trevor's headquarters. The same night Trevor births an infant Demiurge from Nader's abdomen. Aeon tries to kill it but is finally overcome by its beauty. When the new Demiurge suddenly disappears, Trevor is baffled and begins fighting with Aeon again. As the new Demiurge spreads its influence throughout Bregna, Aeon remembers the case at her hideout and returns there. She finds the new Deimurge inside the hideout, but this time she, along with Trevor, who has followed her, is caught in her own trap. The hideout collapses, crushing the Deimurge and leaving Trevor and Aeon clinging to the remaining structure high in the air. Celia, who has been resurrected by the Demiurge, reunites with Nader, and assures him that she never looked in the box.

"If but the cosmos could possibly have come about innocent of history, as not wholly ignorant of all its potentials, unprejudiced but aware, rather than that its only trial be performed at the mercy of all its error."

Original: And so, deprived of eternity, we are left to live in the here and now amid our vanities, our fears, our petty flaws. But it is out waiting for us, and it will not be denied. 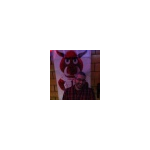